Vietnam’s mobile market holds a lot of potential, drawing attention from companies in Asia. Here are five things to keep in mind when entering this market. 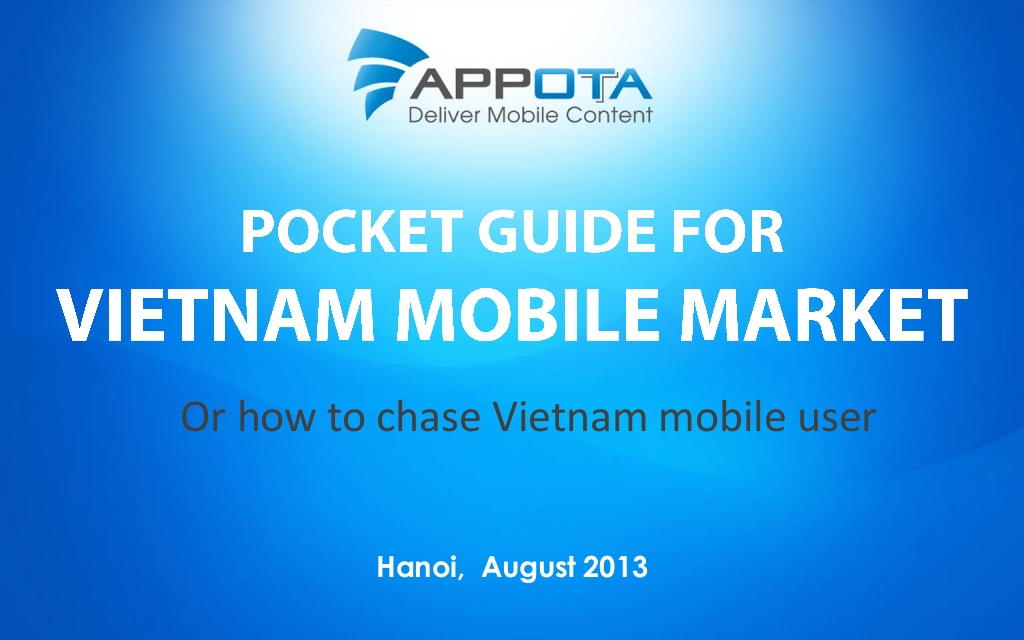 The fragmentation of distribution channels

The distribution channels for mobile applications in Vietnam are not only limited to Apple’s App Store and Google Play but also third-party app stores. In Vietnam, about 70 to 95 percent of iOS users jailbreak their devices and use third-party app stores such as AppStoreVn, HeaveniPhone and others. For Android users, although Google Play is widely used, there are dozens of other choices better suited to the demand for local apps. Moreover, hundreds of tech forum and thousands of social groups which aim to share applications and games are also important for users to approach and update their wish list.

Localize, but to what extent?

Although most young users in Vietnam can understand basic English, a Vietnamese version will be better received. The cost of translation in Vietnam is relatively cheap, ranging from about  US$100 to US$3000 for each app, depending on the type and amount of content.

Moreover, the creation of additional content dedicated to Vietnam can bring unexpected effects. It can be as simple as character costumes, Vietnamese colored maps, or others.

Vietnam’s market is not quite the same as China

Although influenced by Chinese culture and the fact that most successful games in Vietnam are from China, users’ taste are not quite the same. Many successful online gaming products on PC, web and mobile in China do not perform as well when they expand to Vietnam. Some even die within a few months. Games based on the history of the Three Kingdoms generally receive good response. Those based on the Journey to the West storyline, although story is popular in movies, most of the games fail.

In addition, the ability of a Vietnamese gamer to “plow” is higher than the Chinese, although Chinese gamers are usually known for this. Because of this, the game limit is usually quickly surpassed so the demand for new version updates and new challenges is higher.

Build communities as soon as possible

Vietnamese gamers are more likely to get involve in gaming communities in order to share information, tips and game achievements. Sometimes the reason for a gamer to play a game is because he finds out a detailed guideline to help him through the early levels.

Games should also integrate with Facebook (the most popular social network) as well as allow log ins using user ID of local partners with high number of mobile users such as Appota, VTC, and others.

Payment instruments for mobile products is quite diverse, ranging from SMS, scratch-cards, Internet banking, e-wallets to multi-function card. SMS and scratch-card are still the two most used forms, in which 50 percent of the total transaction amount is done through SMS. However, the cost of these payment methods is very high, ranging from 40 to 65 percent for SMS and 15 percent for scratch-cards. Other forms have lower cost but are less convenient so the usage is quite low.

Also, payment method using services own by telcos such as SMS and scratch cards require a fairly long time for developers to receive payments. On average, it takes about 60 to 90 days after the customer pays for their product before the developer or merchant receives it. Currently, online game developers usually ignore SMS and prefer to rely on multi-function cards or scratch-cards.

View the slides below to get a better overview of Vietnam’s mobile market.