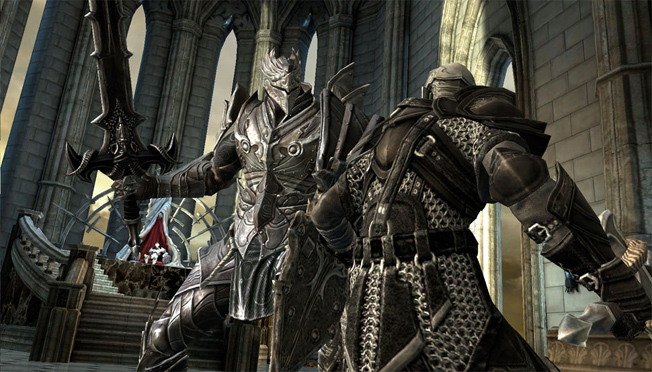 With Friday’s release of the new iPad, Epic Games president Mike Capps has offered a huge amount of praise for Apple’s new tablet in the context of video games. “Apple is definitely building their devices as if they care a lot about ‘triple-A’ games,” said Capps, in an interview with Reuters. Only the highest-quality games are considered “triple-A” titles, most of which cost tens of millions of dollars to produce and are usually found on the Xbox 360 and PlayStation 3. Capps is trying to push console manufacturers to release more powerful devices in the hopes that they won’t be left behind. Read on for more.

With the simple addition of a Bluetooth controller for the iPad, Capps believes that Apple could challenge the Xbox and PlayStation platforms in the home console gaming market. “It is quite easy to imagine a world where an iPad is more powerful than a home console, where it wirelessly talks to your TV and wirelessly talks to your controller and becomes your new console,” he said.

The president of Electronic Arts’ Labels, Frank Gibeau, who oversees games such as “Battlefield 3″ and “Star Wars: The Old Republic,” echoed Capps’s comments and said the company is eyeing Apple’s moves closely. “When the iPad gets to the processing power that’s equal to an Xbox 360 and it connects to a television, that’s no big deal to us. We’ll put the game through the iPad and have it display through the television.” Gibeau said. EA has already released franchise titles such as “Dead Space” and “Mass Effect,” for the iPad. For publishers, “it used to be, oh hey, it’s just the Nintendo, Sony and Microsoft show, but that’s not the case anymore,” Gibeau said.

Crytek, the company behind the graphic intensive “Crysis 2″ for the PC and consoles, is also working on its first game for the iPad, which is due out in the spring. While the game is set to be puzzle-based, Crytek said it could one day bring more complex games to the device as well. “As more people come to these platforms, we have to follow our fans,” said Kristoffer Waardahl, a Crytek studio manager.