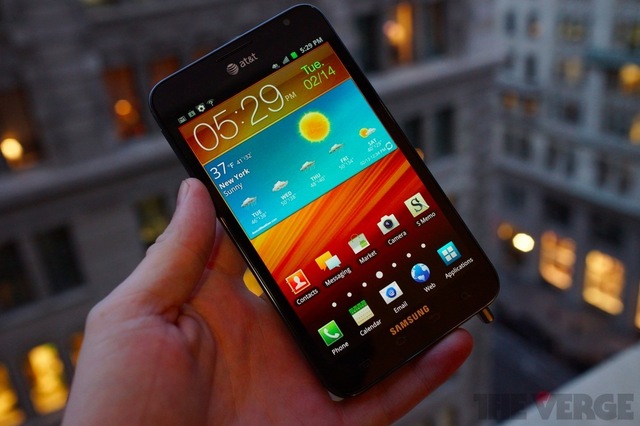 Sure, the Galaxy Note is beloved by elephants, but how is it doing in the real world? Not too bad, it turns out: Samsung has announced it has moved 5 million units of the device since its launch last October. The number doesn’t match the 10 million Galaxy S II phones the company shipped in the first six months of that device’s lifetime, but given the Note’s unique hybrid position in the market, it’s impressive nonetheless. Of course, it’s important to remember that Samsung reports units shipped — not units sold — so the actual number of Notes being used in the world could be much smaller.

Either way, the number should receive a bump in April when the Note arrives in Japan. Carrier NTT Docomo has announced that it will be carrying an LTE-equipped variant of the phone — under the name “Docomo Next Series Galaxy Note SC-05D” — that will be launching on April 6th. The new Note will be available in white, and will feature a 1.5GHz dual-core processor, 32GB of storage, and will run Android 2.3 Gingerbread. The phone will also join the Galaxy S II and the LG Optimus as one of the first LTE phones to be offered in Japan; all three run on NTT Docomo’s “Xi” LTE network. No pricing details have been announced, but if you’re in Japan and are anxious to get your hands on the Note’s 5.3-inch display, the carrier will be accepting pre-orders tomorrow.